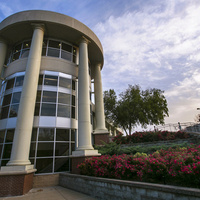 Night of Hope Tour with Ann Voskamp and Christy Nockels

Ann Voskamp and Christy Nockels will appear in concert at Missouri Baptist University with special guest Molley Moody on Thursday, Nov. 29 on the first stop of their Night of Hope Tour: A Family Christmas. The concert will begin at 7 p.m. in the Pillsbury Chapel and Dale Williams Fine Arts Center at MBU.

Tickets start at $20 and can be purchased at ticketfly.com. 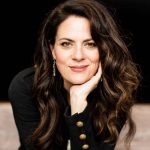 Christy Nockels has spent 15 years writing and leading worship for the Passion movement. She has authored and voiced worship songs like “Healing Is in Your Hands,” “Waiting Here For You,” “Let It Be Jesus,” and “Lord, I Need You.” She recently launched a podcast, “The Glorious in the Mundane,” which focuses on helping women find the wonder and awe of God. Her latest record “Be Held: Lullabies for the Beloved” is a collection of lullabies intended to help everyone explore their identity as “beloved.” Christy and her husband, Nathan, live in Franklin, Tennessee with their three children: Noah, Elliana and Annie Rose. 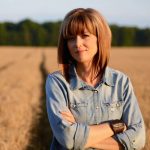 Ann Voskamp is the author of four New York Times Bestsellers, “One Thousand Gifts: A Dare to Live Fully Right Where You Are,” “The Greatest Gift,” “Unwrapping the Greatest Gift,” and “The Broken Way.” Voskamp has appeared on the Today Show and her works have been featured in WORLD Magazine, People Magazine and The Huffington Post. She is the principle writer for the blog she founded, “A Holy Experience.” She and her husband, Darryl, live on a farm with their seven children.